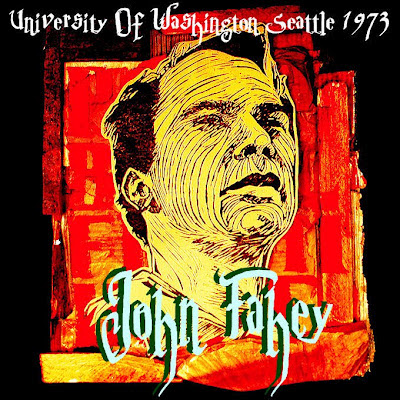 Setlist:
01. Dj Intro
02. thus Krishna on the battlefield -> fare forward voyagers
03. dance of the inhabitants of the palace of king Phillip XIV of Spain
04. sunflower river blues -> revolt of the dyke brigade -> requiem for Mississippi John Hurt
05. stomping tonight on the Pennsylvania / alabama border -> in christ there is no east or west -> beverly 06. DJ Outro

Recorded off of KOL FM, as noted by the DJ in the outro. The excellent John Fahey Handbook, Vol.2, appendix C "Concerts - Gigs" lists a show on April 20th at the U of Wash and says it was broadcast on KOL. However, in appendix B, list of bootlegs makes no mention of an April 20th show, but does list a Jan or Feb show. Me suspects they may be one in the same. 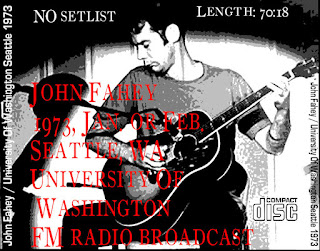 Art is included in download, flac files at the link.