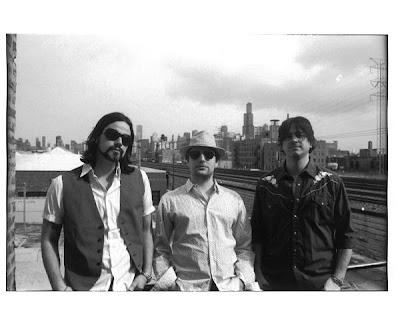 The Black Oil Brothers are a 3-piece acoustic delta country/blues/folk band out of Chicago, IL.
Here's what they have to say about themselves.
Before the blues found its way to Chicago and redefined itself with electric guitars and drummers, bluesmen were minstrels playing juke joints in the Mississippi Delta armed only with their guitars and voices while the crowd kept the rhythm by stomping their feet in time. Born and raised in Chicago, The Black Oil Brothers aim to channel that kind of boot stompin' blues that doesn’t need a backline or distortion pedals to make it cook. Resonators played with steel slides, wailing harmonicas, 3 part harmonies and the righteous twang of acoustic guitars and mandolin strings define our music (and very well may be saving our souls at the same time). Let us save yours. Preaching the gospel of Robert Johnson, John Lee Hooker, Muddy Waters, Leadbelly, and Gram Parsons.

Take a trip to the site it's worth it as they have some freebies there, tour dates and of course a link to buy the new CD!

Cam Deas - My Guitar is Alive and It's Singing 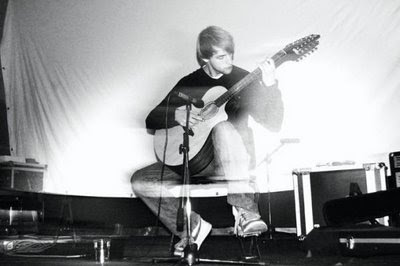 Have no doubt when Cam Deas tells you that his guitar is alive and singing.
While the comparisons to James Blackshaw are numerous and admirable, they miss the mark. But only by a little bit. Granted, they both play a lot of that fancy 12 string. But Deas plays his guitar with such raw urgency and crisp production. Not really as lush as Blackshaw, it's playing that is hard to define.
Deas will spend nearly 10 minutes on the opening track luring you into a quiet and beautiful world before he really unleashes the picking attack on his guitar. A fantastic piece spanning nearly 20 minutes. The other two pieces are equally compelling in originality and passion.
This CDr has three pieces.
1. The Waters of Kval0ya
2. My Guitar is Alive and It's Singing
3. As Spring Fell From the Leaves
A prolific artist, he has put out a dozen works. Check his MySpace site for what is available now. He tends to sell a lot of his music on vinyl. So you need a turntable or to look close for the CDr releases. That's what I picked up, a simple digipak with cover art by Jake Blanchard. If you hear something you like you better grab it quick because most of it is printed in very small runs.
That is the case with this release, all sold out!

So Cam has been nice enough to let me post it for download.  I think he is still a nice guy!  It's just no longer available for d/l!


Cam Deas - My Guitar is Alive and It's Singing
Cam has re-issued/re-released, whatever, this effort so it is no longer available for d/l.  Please go to his site and buy it! 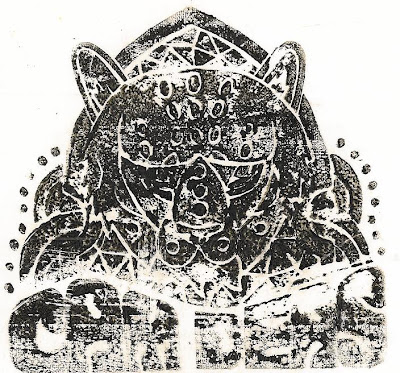 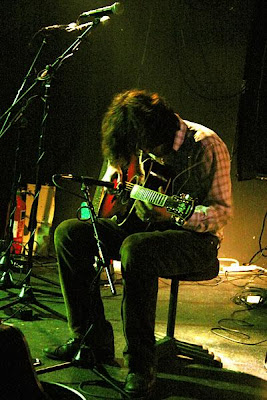 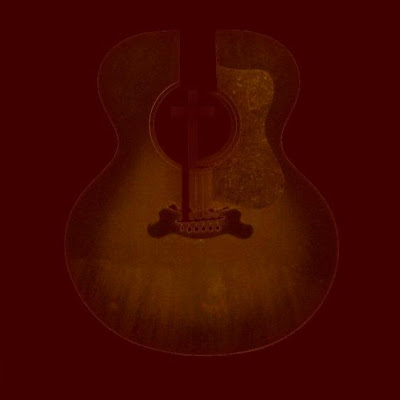 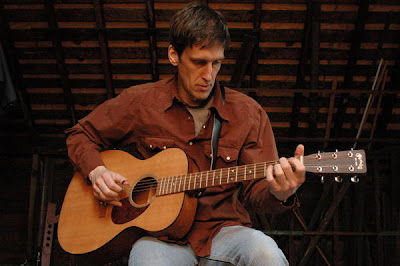 On Pat O'Connell's MySpace he describes his music as unsophisticated guitar tunes. Isn't modesty refreshing? O'Connell's tunes are hardly unsophisticated. Though I discovered O'Connell's music via The Revenge of Blind Joe Death: The John Fahey Tribute Album, he isn't letting that pigeon-hole his sound. Considering his previous musical work, Number One Cup, it's obvious that O'Connell is a musician that spans styles.

Though he does show off his ability to play a tune with a solid, steady thumb, he is just as likely to play it subtlety to hold the bottom down and allow plenty of room for the melody to shine. With his penchant for glissando and judicious use of bends he leads us down a very melodic path. His unhurried style is a bit deceptive. Like riding a bike slowly, it's much more difficult than at a moderate speed. It requires skill.

His pace reveals his skill at injecting emotion into the songs. As O'Connell says, "I strive to emphasize moments of beauty and grace rather than the dissonance and tension that have become so commonplace in finger style guitar music. The tunes are brief and stripped of any unnecessary indulgences. It is my hope that they complement each other and provide the listener with a consistent theme throughout."

Despite my association of O'Connell with John Fahey (you can find more than a few Fahey tabs on the net with O'Connell's name on them), this release isn't Fahey-esque in style although he does include a cover of Sligo River Blues. All the other songs are O'Connell originals. A glance at the list of O'Connell's influences include William Ackerman. Anyone hanging around in the Fahey/Takoma circles knows that takes guts. Ackerman is widely acknowledged as the father of new age music. I have my own views about that.

Be sure to visit his MySpace for more tunes and watch for an official release sometime in August.
No comments:

The Backpork Drifters - Raiders of the Lost Porch 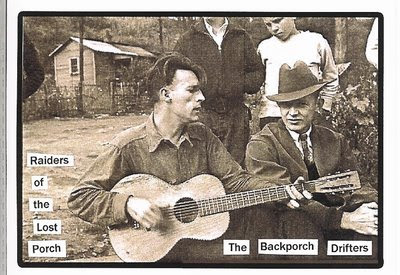 Ragtime Ralph is back with a string band release from 1982. Originally recorded on reel to reel in Ralph's kitchen. This is a little different from Ralph's other work that we have heard thus far.

Ralph kicks it off with a solo 12 string version of Poor Boy Long Ways From Home. After that the boys join in, Dirk Dykstra on guitar, mandolin & vocals. Roderick "Scotty" Scott on harmonica, spoons and vocals. And Ralph on mandolin, Hawaiian guitar, vocals and kazoo.
Track List:
1) Poor Boy Long Ways From Home
2) Going Up the Country
3) Mandolin Rag
4) Hot Time Blues
5) Red River Valley
6) Leaving Home to be a Cowboy


It's a good time recording, give it a try and DOWNLOAD it now.
4 comments: