We Are All One, In The Sun: A Tribute To Robbie Basho 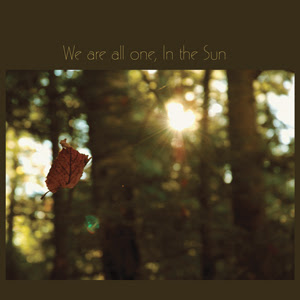 I often hear people criticize tribute compilations though I’m never sure why, I like them and often seek them out and here’s why. If there is an artist out there that loves Robbie Basho and considers him an important influence and in fact important enough to interpret or re-interpret Basho’s music…I want to know who these people are!

We Are All One, In The Sun: A Tribute To Robbie Basho is just such an opportunity.

Buck Curran deserves a lot of credit for assembling a tribute that is much more than just a collection of cover songs. It’s more adventurous and daring than that kind of tribute. And why shouldn’t it be? Isn’t that the spirit of Robbie Basho? These collections serve many a purpose, not the least of which is the obvious, a tribute. But what good is it if it doesn’t bring the fans of Basho to appreciate new artists? And just as importantly are the fans of any of the participating artist’s in this effort: it’s an opportunity to discover the roots of their music. I have found so much good music when I begin to discover my favorite artist’s influences. And a tribute collection puts it right there for all to see and every single artist is an opportunity to head off in a new direction!

So let’s dive in, one of the things I noticed first is that all the vocal covers are by women. And that may be a good thing for the budding Basho fan. Basho’s vocals were…unique…shall we say? The women convey the intensity and passion of a Basho song without raising the eyebrows, a common occurrence when Basho sang.

The covers by Arborea and Meg Baird are both pretty straight forward interpretations of Basho’s compositions while Fern Knight begins to stretch out with multiple instruments on "Song for the Queen."

Meg Baird takes on “Moving Up A Ways” keeping it pretty straight, though chooses a 6 string instead of the 12 string that Basho played for this piece.  As is the case with the previous song, Baird’s vocals seem a perfect fit for Basho’s song, strikingly lyrical.

Fern Knight expands on Basho’s “Song for a Queen” with multiple instruments that create a landscape around the lyrics of the song throwing in everything from the harp to the strangled distortion of an electric guitar.

Ultimately, all the vocal pieces take the listener on a journey to a beautiful and mythical land where you are temporarily lost in the music.

Undoubtedly all the artists are to be commended for capturing the spirit and feel of Robbie Basho. Some took the route of loosely interpreting existing Basho works and others went the straight ahead route. Still others took merely an idea or a line from a lyric as a launching point. Case in point is Cian Nugent’s "Odour of Plums." For a guy like me that likes the more straight ahead approach to guitar playing I love this piece by Nugent. He very nicely interjects tension and mystery that captures the spirit of a Basho song.

Curran manages to mix a little of everything into the release with the obvious (and obviously necessary) inclusion of Steffan Basho-Junghans and Glenn Jones as well as the unanticipated. Unanticipated? How about oud player Rahim AlHaj and cellist Helena Espvall?

Rahim AlHaj was included to touch on Basho’s intense love of Persian music. And don’t think for a minute that Espvall’s work is your average cello piece.

Deas' work on the 12 string is not to be missed by any fan of intense, raw and powerful solo guitar work.

Yair Yona is one of the new torch-bearers of modern American Primitive.

The Paintings of John Fahey

Presented by John Andrew and AVA

Thanks to Andrew over at the FaheyGuitarPlayers forum for posting this.  I wish I could go as well.

Short article on the owner of the gallery, Justin Luke.

AVA page for the Fahey show 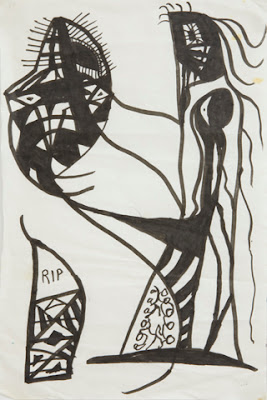 This one is just frightening! 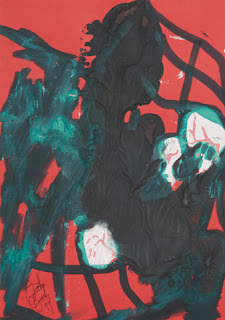 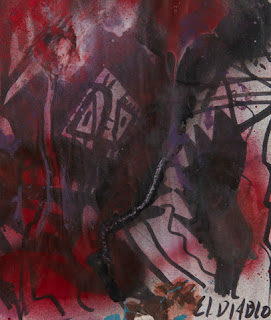 But these two I like.  Dark, but not unsettling.  They would make for a nice purchase.  Of course I really like that the one on the left is signed as well.  Anyone want to 'lend' me a couple grand?

"A series of sound collage works, spoken word, explorative / home recordings, and comedy all performed by John Fahey will be transmitted on the outside of AVA (as part of the Exterior Sounds series) during the course of the exhibition"
Comedy?  What?  Would some one like to tell me about the time they saw Fahey doing comedy?  Must be very dry.

Just thought I would pass this along.  Be sure to click around over at the AVA site, there are lots more paintings to view and plenty of reading as well.

Email ThisBlogThis!Share to TwitterShare to FacebookShare to Pinterest
Labels: Fahey

Today we have some very cool stuff sent to me by Ragtime Ralph.  This is a collection of ephemera that was recently discovered and returned to him.  Enjoy! 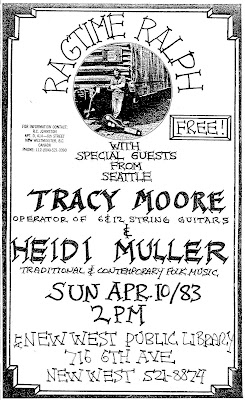 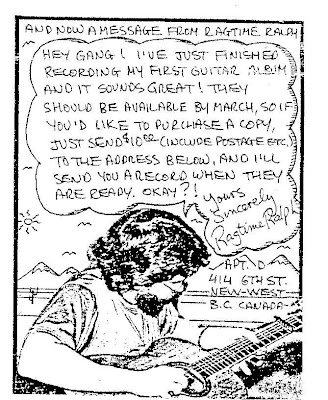 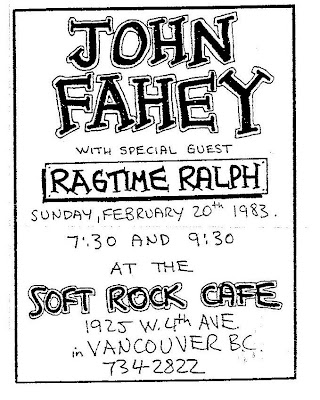 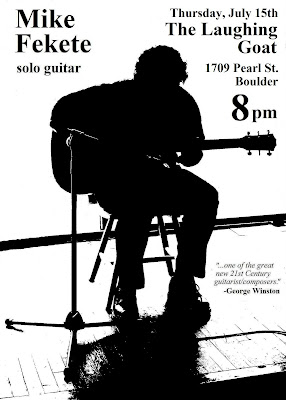 He was recently on 89.3 KAOS in Olympia, WA doing an in-studio performance and was kind enough to allow me to post one of the songs from Charlie Zaillian's weekly show, Defensive Indifference.

Folks, if you are anywhere along Mike's tour route this summer, I highly suggest that you make the effort to go see him play.  Mike is full of music and he wants nothing more than to share it with you.  Though he has only one CD currently available, he has a lot more music in those fingers of his.
He recently passed through Colorado and I went to two of the shows.
So what will you hear at a Mike Fekete show?
You will likely hear Mike's treatment of a John Denver or a Band song.
But most of all you will hear Mike's work, perhaps his suite of songs titled Museum 1, 2 and 3, though he doesn't necessarily play them in that order.
Of course you will hear a few tunes from the CD, Raccoon in a Tree being one of my favorites, but you will also hear a lot of other music that hasn't been widely released (or at all).  And that is part of what makes the live performance so essential, he has so much music to share that you probably haven't heard before!
And then there is the 20 minute finale, "The Sacred Monster Blues Suite"  Fantastic stuff. 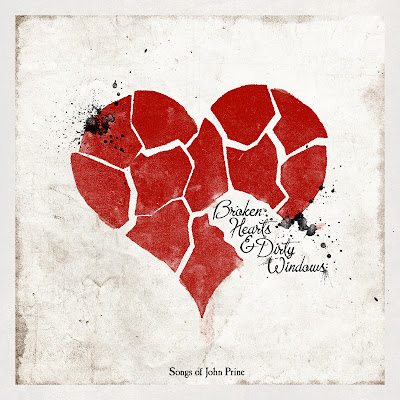 Well, I'm very happy to present to you a review by Ralph Johnston.  Better known as Ragtime Ralph and also as Blind Brand X here at Delta-Slider.  Ralph is a big fan of John Prine so I thought I would see if he was interested in doing a review of this tribute CD.  He was, so here it is!

There are certain musical artists in this world whose songs are so basic and vital and "tell it like is" that countless covers and variations of their themes will never dilute the hidden truth and beauty behind the song titles and lyrics...to my mind John Prine is my favorite example...his bittersweet tales of the human condition (tempered by ironic exasperation) have echoed in my mind for over thirty years.


This CD brought back many pleasant memories of John Prine and (the late, great) Steve Goodman at the Queen Elizabeth Theater in Vancouver, BC, Canada...a simple acoustic stage setup was all Prine needed to impress upon us his visions of life, love and the absurd little moments we all encounter.


It seems to me it would be meaningless to review each contributors versions of Prine's songs (although...I was broiling a rack of lamb during Lambchops version of "6 O' Clock News!") because each and every contributor has (to me anyways) nailed each song on the head and drove it appropriately home!


John Prine is a treasure trove of emotion, humor and truth in the cold, calculating, disappointing world we all live in...and this CD finds all the contributors in fine fettle!
- Review by Ralph Johnston