Cul de Sac are a rock music group formed in 1990 in Boston, Massachusetts and led by guitarist Glenn Jones. Their music is primarily instrumental. Jones and keyboardist Robin Amos have been the only constant members.

They have been classified by some as post rock, but Jones has expressed some discomfort with the term. He states that Cul de Sac is the most "musically satisfying" group he's been involved with; a group that is the "closest to being the band I'd dreamed of forming. It allows me to combine my love of open-tuned guitar, played fingerstyle, with my love for electronics and noise, all placed within a rhythmic rock framework." Jones occasionally plays "The Contraption," a prepared lap steel guitar.

Cul de Sac have collaborated with guitarist John Fahey and with Can singer Damo Suzuki.

Glenn Jones has also recorded two solo albums, This Is the Wind That Blows It Out (2004) and Against Which the Sea Continually Beats (2007).

Disc One:
1. On The Sunny Side Of The Ocean
Spanish Two-Step
Spanish Fandango
Spanish Two-Step
2. Sea Of Love…(Tuning/Banter)
3. You’ll Find Her Name Written There
4. Are You From Dixie
5. Special Rider Blues
6. How Long
7. Deep River/Old Man River
8. Sunset On Prince George’s County
The World Is Waiting For The Sunrise
9. Steve Talbot On The Keddie Wye>

01. On The Sunny Side Of The Ocean
Spanish Two-Step
Spanish Fandango
Spanish Two-Step
02. You’ll Find Her Name Written There
03. Are You From Dixie
04. Lava On Waikiki
05. Deep River/Ol’ Man River…(Banter/Tuning)
06. Nightmare/Summertime
07. Steve Talbot On The Keddie Wye
08. (Tuning/Banter)…
09. Ocean Waves
10. Black Mommy…(Applause>Encore)

John Fahey live at The Weathered Wall in Seattle Washington on May 31st 1996.

From a Maxell XLII-90 cassette received in trade, unknown generation.

John Fahey live at the Venetian Theater in Albany, Oregon on July 8th, 2000

John Fahey live at the Venetian Theater in Albany, Oregon on July 8th, 2000.

As always, thanks to Rank Stranger for the bootlegs!!! 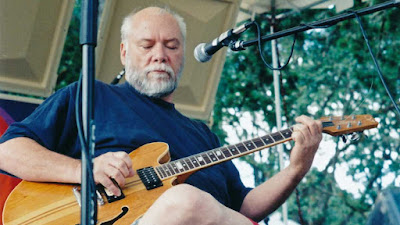 Death Don’t Have No Mercy/(Unknown)

How Long (bathed in echo)…

“Latin American Section”/Dorothy…(Fahey Thanks His Dentist)


Great quality recording of electric Fahey. I haven't posted this one before, so maybe you don't have this one. I don't recall seeing out there in circulation in the past few years, so get it!

Supplied by the inestimable MTW, thank you! Get it HERE

Folks, it looks like the ole blog is up and running again. It's not like I'm in control here, the spirit of Fahey pushes me around like a pawn. If you are enjoying these new boots, let me know!

Some new Fahey boots showing up on DIME, thanks to a long time Fahey fan!!

01 Intro
Dance Of the Inhabitants Of The Palace Of King Philip XIV Of Spain
Dance Of The Inhabitants Of The Invisble City Of Bladensburg (fragment)
ends abruptly
02 Spanish Two-Step
he tunes to open D
03 The Grand Finale ( in open D! )
Knoxville Blues ( 3/4 time )
Knoxville Blues ( 4/4 time )
04 Wine & Roses
05 Monologue
he tunes to open C
06 The Portland Cement Factory At Monolith CA ( rarely performed )
07 Funeral Song For MJH
08 Monologue on tuning


Get the FLAC files HERE
5 comments:

The Thousand Incarnations of the Rose Festival

Well I went to the Festival and had a great time. Got to see some amazing musicians and got to meet so many people that I've known of, heard of, talked to online, been 'friends' of on social media, listened to their music, etc. Such a small community and such a great opportunity to meet a bunch of really nice people. Despite 3 days of festivities I still didn't get to talk to everyone, nonetheless, the ones I did were great. Hoping for a second festival to catch up with the rest of you all. 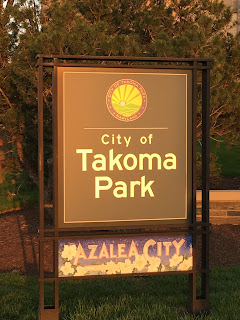 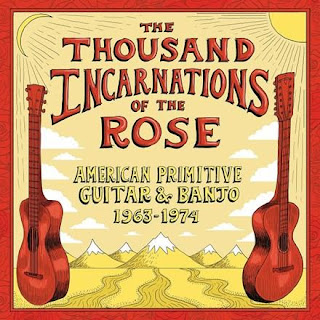 I got a lot of really nice comments about the blog, it was nice to hear. I have missed it and you've inspired me to spin it up again. I don't know what that will look like yet, need to find a file storage solution that I'm comfortable with. It may stray even further from the controversial American Primitive moniker. As has been the case of the last couple years, I don't see myself doing a lot of writing (just yet), so if you are interested in a contribution to the site (music reviews, essays on the American Primitive label debate, whatever...) just let me know.

Well I believe I have found a way to easily restore a limited number of files by simply making public the files that are still stored on the previous Dropbox server. I have moved all remaining files to a public folder, click HERE and HERE.

The catch is you need to just browse through the files to see what is available. The individual links on each post are still dead. EDIT: not true, apparently once moved to the public folder the old link still works, so from the reader point of view, random links are now up and running. Well, it's something.

Check it out, let me know if it seems to work ok. Please don't d/l everything in sight as you will max out my d/l capacity for the month and then everyone else has to wait around for it to reset. Note that all the files have a preview, even the music files (again, feel free to let me know if this is actually working) so you can see/hear it before downloading. That will help us all keep the files available all month.

Eventually I would like to get all the files available again and I am searching for the right tool for the job. Suggestions welcomed. The idea is to move away from individual links and to more of an open folder with a file structure to avoid the whole situation of having a unique link for each file.

BTW, a lot of Basho TABS are in these restored files, for those of you that are fired up after seeing that Basho film at the Festival.