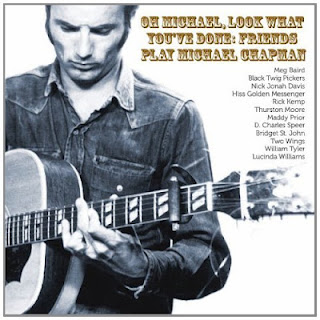 Compiled by Michael’s wife Andru and Tompkins Square’s Josh Rosenthal, features artists who have shared a stage with Michael, or share a personal connection. These include some of his contemporaries like Bridget St. John, Maddy Prior, and longtime cohort Rick Kemp (Steeleye Span), as well as young guns inspired by Michael’s legacy.

Nick Jonah Davis performs a solo acoustic of Little Molly’s Dream.  Davis is a talented fingerpicker and does a fine job on this one.

Meg Baird delivers her usual standard of excellence with No Song to Sing.  A fine blend of an acoustic base, ambient feeling and tasty electric licks all framing her beautiful vocal delivery.

Lucinda Williams’ cover sounds like it’s straight from her soul.  The ache and pain and pure emotion of this performance is 18kt gold.  A sparse, beautiful trip into That Time of Night.

Solid version of Fennario is delivered by Hiss Golden Messenger.

I'm very much enamored with The Prospector by Maddy Prior.

I must again proclaim my support for tribute and various artist compilations.  Many times in the past I have purchased compilations for just one or two artists presented on such releases only to discover many new and exciting artists that I have never heard of before.  You might find something new yourself!

Check out the extensive posts about Chapman over at Small Town Romance, at the end of the post is a guide to all of his releases.

Fantastic to see artists that post tab to some of their music.  I think everyone appreciates the effort and it's the best kind of self-promotion!

Go check it out! 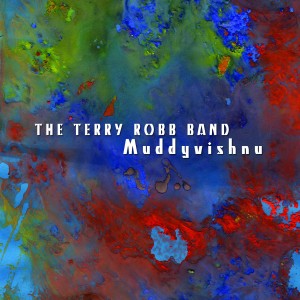 The first thing that struck my mind when I heard the opening title cut of The Terry Robb Band's new album 'Muddyvishnu', was how much the tune reminded me of the guitar savvy of the late Jimi Hendrix. High praise I know, but this album deserves high praise. Rock solid from start to finish, or should I say Blues solid? Jazz solid? Fusion is what defines this effort. And a seamless effort it is.

Muddyvishnu is released on Terry's own label Psychedelta Records,
whose goal is 'bringing roots music into the future', along with redefining the genre known as 'American Primitivism', aka: 'American Primitive Guitar', a genre description coined by the legendary John Fahey.

Vishnu is one of the Hindu Trimurti of Brahma (The Creator), Vishnu (The Preserver), and Shiva (The Destroyer). 'Muddyvishnu', an apt title choice given the Psychedelta Records mission statement.


On the youtube link above Terry is interiewed on the street outside before a gig, in it he explains the title Muddyvishnu as "Muddy Waters meets Mahavishnu" (as in Mahavishnu Orchestra). The comparison of Terrys electric guitar playing to John McLaughlin, or even Jimi Hendrix for that matter is in no way a stretch. He's been described as a musician's musician, a guitarist's guitarist, and as evidenced by 'Muddyvishnu', such descriptions are wholly justified.

But back to the album for a minute, 11 total tracks, seven of which  are T. Robb originals. The last track is entirely acoustic Lap slide (#11 The Refreshing), and No. 7 (Ju Ju) which begins acoustically and sweetly transitions to electric guitar. The other nine tracks feature Terry playing hotly!, jazzily!, fusionally!, bluesy! electric guitar, expertly backed up by Adam Scramstadt on guitar, Dave Kahl on bass, and Jeff Minnick on drums. This is not your average ho-hum blues band.
The tunes on Muddyvishnu range from juke-joint blues (#5 Lonesome Home, #9 Sheriff Brown) and smokey late-night wanderings (#3 Idle Moments, #6 Worried About It Now) to the fusion laden Title cut (#1 Muddyvishnu) and the surf-tinged (#10 Sweet Hip), and then there's the Faheyesque closer (#11 The Refreshing) which conjures Misissippi John Hurt, and a number of other original Roots Blues players. Actually, they're sprinkled all over this album!

This album is repeatedly rewarding listening, I highly recommend it.
It is the absolute best album of this kind that I've ever heard!
I'll eat my guitar if you don't find something to like, I'm that confident.
-Andrew Stranglen