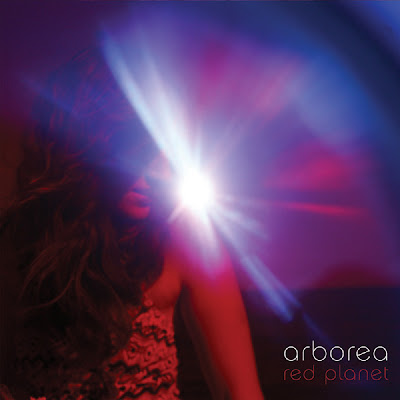 Red Planet opens with a short instrumental track of solo guitar, The Fossil Sea, that rather fittingly sets the tone for the whole CD. Subdued, tense, mysterious and teetering on the edge of this world and another.

You can count on Shanti Curran’s instantly recognizable vocals to complete the transition into the other world. Between her vocals and the excellent treatment they get in production, you are gently yet firmly escorted into gauzy ether.

Buck and Shanti will play anything and everything with strings to get the sound and feel that they want. Shanti’s banjo style is minimalistic and restrained no foolish light speed pickin’ here! And a lot of the attraction to this effort for me is the diverse line up of stringed instruments.

Spain is a particularly stand out piece. Helena Espvall’s haunting cello is in perfect synchronicity with the guitar work, precise and yet so achingly human. An absolutely beautiful piece and probably my favorite vocal work by Shanti.

In fact everything on this disc is so well fit together, melded into a musical whole that you dare not play only a select song or rearrange the track list. Please do not put this into shuffle on your player, you might well rend the time and space of our universe!

They aren’t afraid to stray from the plucked song, Red Planet is a soundscape that continues the tension and mystery of the effort as a whole, ideally placed between the vocal efforts that bookend it.

After 51 minutes of being under the Arborea spell you might wonder where you’ve been. It’s a time spent in another world, it feels a bit frightening but irresistible.

An interesting local note for me is that Taylor Mesple is credited with taking part in the engineering of the disc. Mesple’s father owns a local guitar shop and headed the band Wind Machine for many years. Taylor and his brother were members of the band at a very young age when I saw them playing and I was impressed with how good the two were, they had to be in their early teens. Glad to see he’s keeping good company. 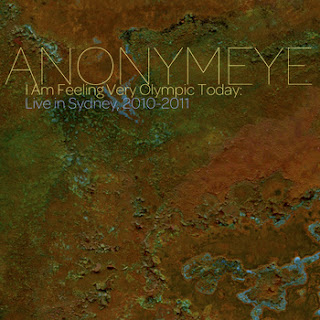 
Loops, drones, and more loops, synthesizer, acoustic guitar, and possibly a Harmonium or Shruti Box as well, briefly sums up what Anonymeye is all about. These four live performances are precisely irrepeatable, but repeatable in their essence. That is the roundabout way of saying they won’t sound exactly the same way with each execution. But this is the nature of this kind of improvisational work. Fans of Jim O’Rourke’s solo work will definitely like what Anonymeye is doing with guitar music. At times Faheyesque, but also going beyond what John Fahey ever did in this vein; Anonymeye is certainly carving new territory with the CD “I Am Feeling Very Olympic Today.” There are Synthesizers laying down loops on top of which guitar is also played and looped.
It almost sounds as if the whole thing could be done with a Line 6 (DL4) digital delay, or a couple of Delay/sampler pedals.
In the first video below Andrew uses a synthesizer, guitar, and apparently a laptop for loop manipulations.


This may be challenging listening for some, but I found the experience rewarding. It’s also similar to some of the things I have done, and therefore piques my interest. Give Andrew Tuttle/Anonymeye a chance, you might just like it!
I’d give this effort a solid 4 out of five stars!
Andrew Stranglen

Under the terms of the National Recording Preservation Act of 2000, the Librarian, with advice from the Library’s National Recording Preservation Board (NRPB), is tasked with selecting every year 25 recordings that are "culturally, historically, or aesthetically significant" and are at least 10 years old. The selections for the 2010 registry bring the total number of recordings to 325.

17. "Blind Joe Death," John Fahey (1959, 1964, 1967)
In 1959 solo guitarist John Fahey self-published the first version of this album, pressing only 100 copies and distributing them locally in Washington, D.C. and among his acquaintances. In subsequent years, he re-recorded selections of the album on different occasions, expressing a preference for the more technically demanding performances on the 1967 stereo release. Heavily influenced by classic blues and folk 78-rpm recordings he had collected since his youth, Fahey’s solo guitar compositions also incorporate such surprising influences as the work of Charles Ives and Bela Bartok to forge uniquely personal statements.

Thanks to the Dust-to-Digital newsletter for drawing my attention to this gem. 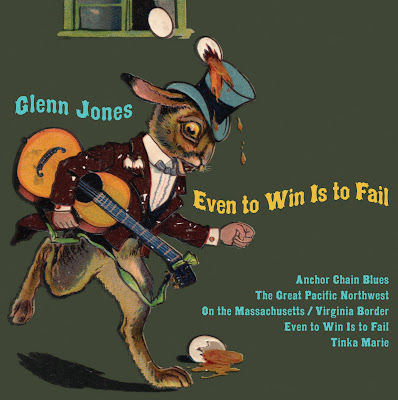 Record Store Day is almost here and I must mention that Glenn Jones has a split LP out from his new label, Thrill Jockey.  Titled Even to Win is to Fail this teaser of a future release should whet your appetite for the August release.
I mentioned it's a split LP, the other side is The Black Twig Pickers & Charlie Parr.  The release includes an insert with manifold stew cooking recipes courtesy of Charlie Parr, hell that's worth the price of admission alone!!  Very cool.
BUY Glenn Jones from EMUSIC 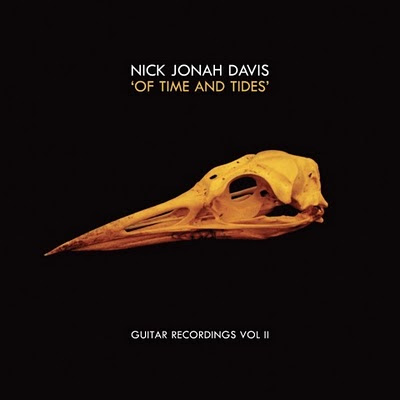 “Of Time and Tides” is a collection of 11 songs that would have seamlessly meshed into the Takoma catalogue. Nick is a fine player who strikes the balance between player and instrument, letting the guitar guide him as much as he is guiding it.

Fans of the Takoma & Kottke/Lang/Fahey (and others!) tradition, will not be disappointed in this latest coup de gras by Mr. Davis. Track 7, “Nocturne” is dominated by the piano, assumedly also played by Nick Jonah Davis (or perhaps pianist Ed Earl, see ‘Guitar Recordings Vol I') with just a slight hint of guitar accompaniment alongside. Track 10, “A Broken Circle” explores accompaniment of a single shimmering chord, reminiscent of John Fahey’s improvising against the hum of refrigerators and the like.

I know something is good, when I get lost in the reverie of listening to what I am supposed to be reviewing. I found nothing to dislike in this new album by Nick. He hails from somewhere in Nottingham, U.K. This probably means some British folk influences, Renbourn and others, are present, but not overwhelming. As I previously stated, this album could pass for a Takoma ‘blast from the past’. Being a guitar player myself, I also know something is good if it makes me reach for my guitar. This it did, but I restrained myself from playing alongside or stopping the playback to indulge myself, until it was over.

“Of Time and Tides”’s sequence is flawlessly chosen. Sometimes that can mean the difference between an okay album and an excellent album. But in this case it probably would not make a great difference if you shuffled things around a bit. Never boring, very captivating is my diagnosis, ***** Five Stars!

You can find Nick Jonah Davis on MySpace and buy the vinyl release on Tompkins Square.