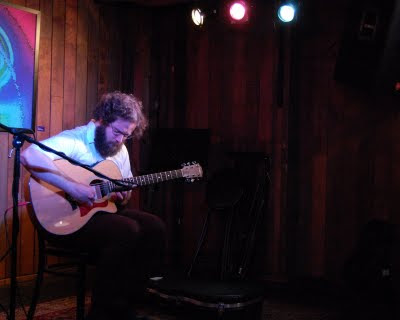 Mike Fekete is currently living in one of the hottest places for music, especially acoustic guitar music, the Northwest of the United States. He keeps good company with the likes of Terry Robb, Sean Smith (a little less North), Mary Flower and even John Fahey. Specifically, Mike Fekete lives in Olympia, WA. At 29 years old he is part of the new wave of musicians that has embraced the beauty and power of the acoustic guitar. Even better, he plays solo acoustic.

Mike says his music is equally rooted in the Takoma sound as well as the Windham Hill sound. Now, I like a guy that will stand up and mention Windham Hill. It has taken a beating for a long time, and still does, but the fact of the matter is that Will Ackerman sought out and signed a lot of very talented musicians. One of which was George Winston.

George Winston has had occasion to listen to Mike's music and says, "Mike Fekete is one of the great new 21st Century guitarist/composers." Now that is high praise indeed. I bet that makes you want to hear some Mike Fekete.

Mike has been kind enough to allow me to post a song from his release, Yellow and Red and make it available for download!


Click on the player to listen to "Magnolia (In Blossom)"

Click on the link to download your copy.
"Magnolia (In Blossom)"
If you like that piece you need to head on out (but please come back) to

to get your copy Yellow and Red. The hard copy is very reasonably priced if you are the type that still likes an actual CD, or you can d/l it for a bit less. 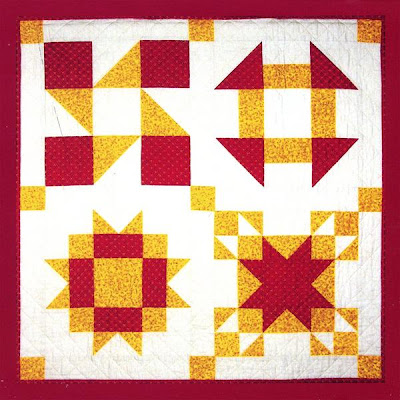 So, having given Yellow & Red a good, thorough listen, I see what Mike is saying about his roots. In a single song his is very likely to start off down the Windham Hill of sweet melody only to subtly veer into Takoma territory with a bit of dissonance and aggressive picking. Strings rattling, the bass line shifting in and out of harmony and then deftly, you are back on the road he started you down, the sweet melody is back and you think, OK, I need to hear that again! A couple of my favorites are track 6, Not Above Not Below and track 8, Rainforest Coast.
Back to the Windham Hill influences, it's interesting that Mike sites Winston as his reason for picking up the guitar as a solo instrument. When he started playing solo guitar, he had yet to discover the genre, so he was trying to play music like Winston, but on guitar. Next came Hawaiian Slack Key and then the flood gates opened eventually leading him back to Winston when he found that Fahey had produced Winston's first album. I think the title cut sounds like it's got a lot of Hedges in it, so the influences do go beyond Winston.