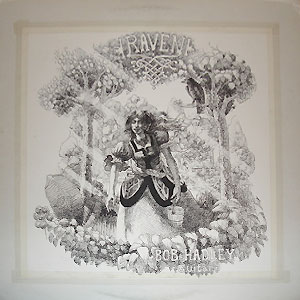 What is it?  Jazz fusion? World rock? I have no idea, take a listen or two and try it out.  I own most of his studio work and I highly recommend it, particularly the early stuff.

Visit Steve Tibbetts on the web

Aaron Sheppard has rather quietly released a couple of very nice works that I think you should check out!  One is very traditionally acoustic and the other is a much more progressive approach to guitar playing.  You probably know Sheppard's name from his piece's on Imaginational Anthem 4 : New Possibilities and Beyond Berkeley Guitar, both from the Tompkins Square label. 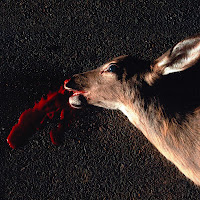 Guest review brought to you today by Andrew Hammond

This rather ambitious sounding album title provides the first clue as to what you’re in for once you hit the play button on your CD player, or for you cool cats, release the turntable needle. Through Huge Fluid Freedom Sean Smith demonstrates that he is clearly a man with little concern for genre boundaries and refreshingly he seems determined to create the soundscapes he wants to hear, rather than worrying about album continuity or our external expectations. The album is also a reflection of where Sean Smith is in his career. He’s probably best known for his American Primitive acoustic guitar work, but a quick look at his discography reveals he has, in recent years, usually had an electric guitar strapped around his neck. This album is the latest, and perhaps boldest, in a line which has gradually introduced electric guitar to acoustic guitar and given the pair a free reign over 35 minutes of soon to be disturbed silence.

The album introduces itself with ‘I Know You’re Tired, But Come. This is the Way’. A slow ambient droning intro is interrupted by a rather ugly and disjointed riff reminiscent of Shellac at their most abrasive. It feels as though its role and responsibility is to grab the listener and shake them hard, dispelling any preconceived idea that Sean Smith will be performing an acoustic track today.

With that out the way the track embarks on an exploration of the ambience that can be created with several overlays of electronic feedback and vocals, anchored by simple acoustic riff whose insistence and attitude becomes a real centrepiece for this darkly cinematic track.

If track one is the ‘fluid’, then track two is the ‘huge’. The acoustic takes a step back here as ‘The Real’ opens with an incredible wail of dissonant electric guitar.  Throughout the piece Sean demonstrates the control he has over a whirl of feedback, reverb and phase as he slowly reigns in the electric guitars allowing for moments of calm, before releasing yet another wall of sound.

Just as we’ve forgot about the acoustic guitar the album turns surprisingly to a solo acoustic track with a lovely clockwork feel. The undertones of dissonance are still there, but it’s overlaid by far more sweet melodies than we have been treated to so far, the melodies springing out of the second movement of the piece being a particular favourite of mine. At 10 minutes long this track explores several different ideas and is more like a mini musical suite of its own.

Not to be outdone, the final track is an example of how an electric guitar (with a few overlays and effects) can hold its own in a solo setting. Fittingly for the album titled track, the anthem like riffs found at its center are perhaps the most original on the album and most likely reveal the style of future Sean Smith albums, unless he finds yet another corner of music to explore first.

Overall, the album is a surprising, perhaps hard to get hold of, mix of sounds. Whilst it might not tickle the average Delta Slider reader in all the right spots, it’s great to hear an acoustic artist showing what they are capable of in other areas of music. Perhaps only Glenn Jones, via Cul-De-Sac, has a history of branching out this far from traditional folk.  Huge Fluid Freedom is certainly going to stay near the top of my music collection as I find myself wanting to listen again to the grit of ‘I Know You’re Tired, But Come. This is the Way’ and indisputable size of ‘The Real’ amongst all the other gems in there.

Pick it up at Strange Attractors Audio House
Visit Sean Smith on the web
No comments: