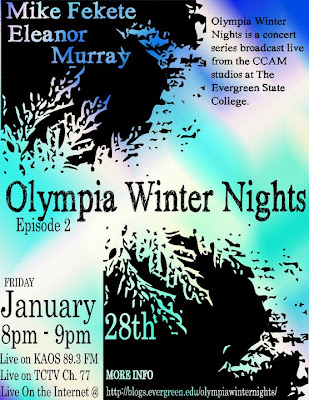 Mike Fekete performed a 30 minute set on a live television show in Olympia WA Friday, January 28th. It's a cool live in-studio music performance show called Olympia Winter Nights. It will broadcast on local television, but it will also stream on the net.  Here are some hi-lights if you missed the show. 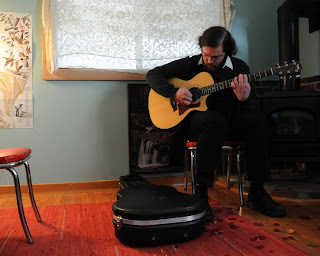 Be sure to check for updates on Mike's Facebook page.

Here's another re-post from the lost drop.io files...

Ok you hard-core American Primitivists, bring it on.  I know you want to laugh out loud, point and make fun of me for listening to Will Ackerman.
That's cool, I don't hide it anymore.  I've made my argument for Ackerman and his work.
Though I do have a few more thoughts and a story about why New Age music has always taken such a hit, and it's too bad 'cause some (most) of these artists are really very accomplished musicians.  I don't feel like going through the list but if you were to look at the early Windham Hill catalog and do a 'where are they now' bit of research you might be surprised at how many are still in the biz and doing things like composing movie soundtracks.  Now that ain't 'point and laugh' material.
Ok, so I used to work at a record store (remember those?), and it was the height of the Windham Hill era.  I worked with a guy that was a hard-core jazz drummer, he played 5-6 nights a week with a well respected local that is still going strong these days.  Jim used to get very annoyed about the whole New Age music craze.  And he had good reason.  People would come in and browse through the New Age section and ask for advice on what to buy, usually defining their "musical" parameters of taste by telling us that they wanted something to play in the background.   Often even saying that they didn't really want to listen to it, it needed to be unobtrusive.
Of course as a musician, Jim thought this was just plain stupid.  Why would anyone buy music they didn't want to listen to?  To pay attention to?  Why would any musician want to be thought of that way?  Ouch.  Much to my annoyance, Jim would occasionally suggest that the customer buy a fan if they just wanted background noise.
Unfortunately a lot of mellow music ends up in the background and the artistry is lost.
Ok, on to the set at hand.  I think this boot has been around a long time but if you haven't heard it I recommend it.  It's a fairly short set and Ackerman does a lot of chatting between songs that is interesting.  This is just the Ackerman part of a larger concert of Windham Hill folks.  It's an old boot with some noise and over-saturation, not perfect. 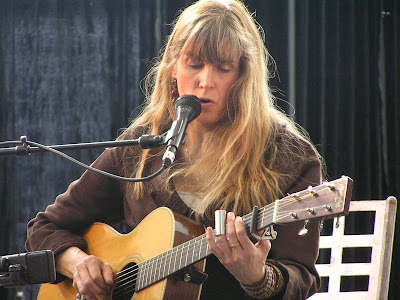 06 - County Farm Blues [Son House]
07 - Me and the Devil Blues [Robert Johnson]
08 - I Be Bound [Muddy Waters]
09 - Lovin' Whiskey
10 - From the Dust
Rory can play the guitar better than 90% of the men out there plunkin' their way through a blues song. If you think a woman can't play some of the best blues you've ever heard, then you ain't listened to Rory Block. I first saw Rory back in 1985. I still go see her every chance I get.