Bop Street - aka The Jinns

In 1981 Pete Nalty and brother Brian Formed Bop Street. Pete is a talented singer, songwriter and keyboardist, the combo stood out from the new-wave-influenced groups that were popular then by championing a style that harked back to the rock and roll and rockabilly of the Fifties.

The sound was nostalgic for some, but Pete's sweet vocals and Brian's persuasive riffing also made it as musically immediate as anything offered up by their contemporaries. Crowds flocked to club dates starring the performers, and promoters hired them to open for national acts such as Billy Idol, who personally chose Bop Street to appear with him during an appearance at Red Rocks.


This is a 20 year old cassette tape recording of the original LP. No artwork, I never owned the LP, a friend taped it for me back in the late Eighties when it was already out of print and hard to find. If you liked the Jinns post you will like this one too, the style isn't really that different as Pete was the writer and he and Brian the major artistic force in both groups.

This post is going to be a departure from the usual acoustic posts, probably not the first time. This is a pretty tasty disc that I haven't really seen around so I thought I would put it up. Hope you enjoy.

As a youth in eastern Tennessee where country & western music still prevails, Wallace Coleman was instead captivated by the sounds he heard late at night from Nashville’s WLAC….the Blues.
The sounds haunted him by day where, he says, "I would be sittin’ in class and hear the Howlin’ Wolf singin’ just as clear in my head…" It was on WLAC that Coleman first heard those who would become Blues Legends and greatest musical influences: Little Walter, Sonny Boy Williamson, Howlin’ Wolf, Muddy Waters. Laying the guitar foundation on many of those recordings was Robert Jr. Lockwood – a man who, some 25 years in Coleman’s future, would play a role in his musical career.
Coleman left Tennessee in 1956 to find work in Cleveland, Ohio. He found steady work and, to his delight, an active Blues community where Jimmy Reed, Sonny Boy Williamson, Muddy Waters, Elmore James, B.B. King and others came to perform. A self-taught musician, Coleman played the harmonica on his breaks at work. One day a co-worker brought his cousin to the jobsite to hear Coleman play. That meeting sparked a year-long pairing with Cleveland’s Guitar Slim at the Cascade Lounge.
It was there that Coleman caught the ear of audience member Robert Jr. Lockwood. Asked by Lockwood to join his band, Coleman expressed that he first wanted to retire from his day job. Two years later, in 1987, a newly-retired Coleman did indeed contact Lockwood. That call initiated a 10 year position in Lockwood’s band. Wallace Coleman remains the only harmonica player invited by Lockwood to join his band. - from WallaceColeman.com
Please visit the artist site HERE
Buy some Wallace Coleman at Amazon
2 comments: 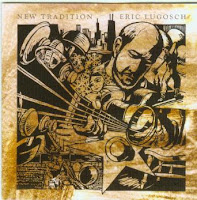 I first heard of this guy when I saw him in Acoustic Guitar magazine, the Oct 2005 issue. He was teaching a song called Marching Through Georgia. An example of the song was available online and I loved it the minute I heard it. Here it is:

Now ain't that some fine pickin'?

Get the tab HERE

Eventually working my way to his website I found a plethora of original, interestingly arranged tab with fast and slow examples as well as good tips on how to play each song.
I also found this fingerpicking version of 16 Tons. Pretty cool little song to pick, I must say...and frankly a lot easier than the Marching song. Here it is:


Get the tab for Sixteen Tons HERE as well as plenty of others is on his site, HERE

His home page is HERE

Now I know there is a ton of tab on the web, but I think you will probably find something good here that you will want to learn. He has got stuff from John Hurt to the Beatles and Hank to Dvorak. Also, the tab is very nicely done with a good program, none of this hand scribbled stuff or text files. Everything is free and d/l-able on PDF.

So don't forget to check out his CDs for sale as well as a tab book.