Harry Taussig - Fate is Only Twice 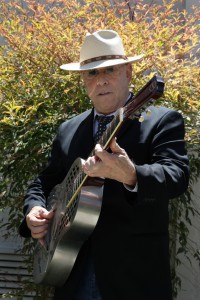 It’s hard not to make comparisons to his first simply because it was 47 years ago.  It begs compare & contrast.  Nonetheless I’ll refrain from much of that.  If you have his old one you’ll like this one.  If you like this one and you’ve not heard the old one, you’ll like that one too.  Though they aren’t the same, there’s more similarity than difference.  This one feels old. Almost like this was recorded as the sophomore effort and released some 40 years late.  But while that one was dominated by ragtime pieces this one is not.  These pieces have more of a classical influence, some have a Takoma feel to them as well as a strong element of improvisation.

That earlier recording is no crisp, clean Windham Hill production effort and this one isn’t either, but much better while still retaining the dry, straight ahead approach to capturing the sound.  Nothing fancy.

Taussig’s playing is equally uncluttered and sparse.  Make every note count.  Make every pluck of the strings a worthwhile and apparent part of the whole.  Don’t play it just because you can.

Rondo in D starts off the work with a proper American Primitive feel reminiscent of the dark, simple feel so well established by Fahey.

Electric Forest , Electric Trees begins as though Taussig was in the middle of the piece and the record button was just hit, an act of capture?  Perhaps.  The song feels improvised and thoughtful at times with returns to the main theme that includes some nice use of harmonics. 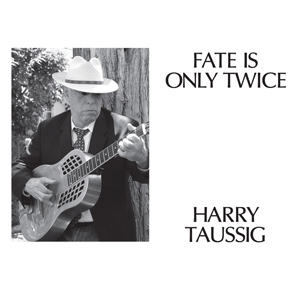 In the Corner of the Circle is a delightfully odd piece that seems to almost pick up where the last song left off.  Quirky timing, odd slide work and notes bouncing around like they can’t escape the corner of the circle.  One of my favourites.

Living in the City is the lone 12 string effort.

Perpetuum Mobile Revisited is a ragtimey piece much like his favored approach in the first release.

Fate is only Twice is the fitting title track of the album and closes this effort with a 7:12 minute harkening to the first release.

It’s great to hear Taussig’s meeting with Fate once again captured for our benefit.

Buy it from Tompkins Square