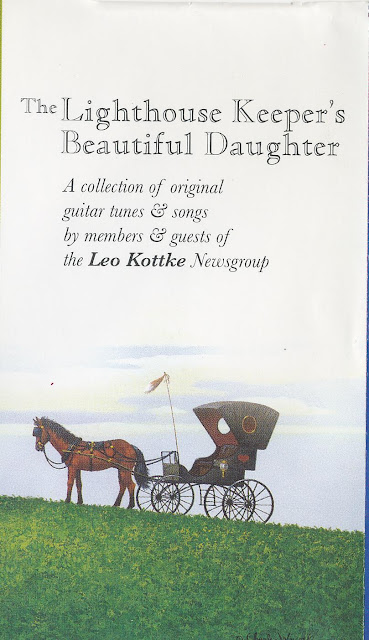 Folks, I was contacted recently and offered the opportunity to distribute this collection of music to my readers.  Note, not all of the tracks were made available, but most.  So don't worry about the couple that are missing.  I did that on purpose!

Here's what Michael has to say about this release:

This album was originally created in 2005 as a Christmas project by the now defunct Kottke News Group on Bruce Head's website www.kottkemusic.org. The musicians on the album are, for the most part, non professionals, but are nonetheless talented guitarists who all share a love of the music of Leo Kottke.

A couple of the tracks are by Suni McGrath who released a series of outstanding guitar albums in the early 70s. The album was presented to Leo Kottke after a concert and he is said to have been duly impressed.

It makes for some great listening and I hope Delta Slider listeners will enjoy the variety of tunes presented here. The album was compiled and produced by myself and fellow Englishman John Hirst.

If you particularly like any of the tracks I can put you in touch with certain of the contributors, some of whom have privately released their own albums. Happy listening.