John Fahey - You Want How Much for that Record?!?!

John Fahey’s uneven career has resulted in his musical catalog as well as associated material going in and out of print on a regular basis. Seems his career is a roller coaster ride and when it hits a high as it did in 2006 with a flurry of tribute CD’s hitting the shelves, you better be ready to act. 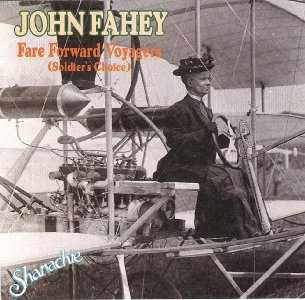 Shortly after titles like Railroad and Fare Forward Voyagers became available on CD, or possibly re-available. The point is, they weren’t readily available just previous to this renewed interest. Not that those two are exactly cheap, but they cost about as much as the vinyl copy of FFV I bought on eBay right before the CD was available, but a lot less scratchy.

So get it while you can before you are scouring the used bins of your local store or battling some other Fahey-crazed fan on eBay.

But $25-30 for a scratchy LP or an import CD isn’t bad compared to some of this crazy stuff.

How about some John Fahey LP’s, handmade by Joe Bussard? These are Fahey doing his “Blind Thomas” act back in the early 1960’s. Over $500 each for two of them. Check it out.

Now who bought these? Is it you? Are you reading this? Just curious. 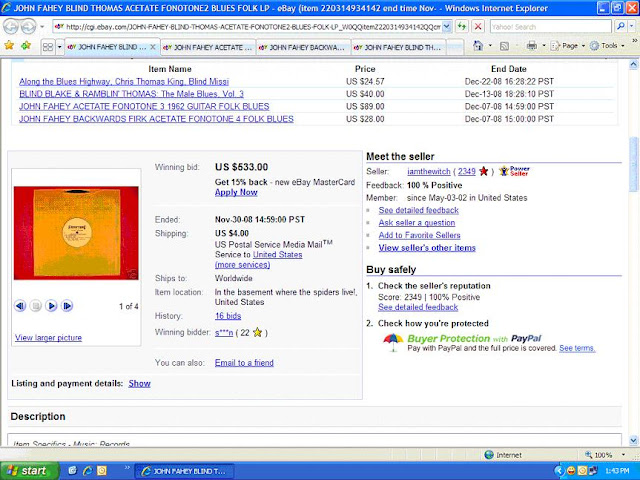 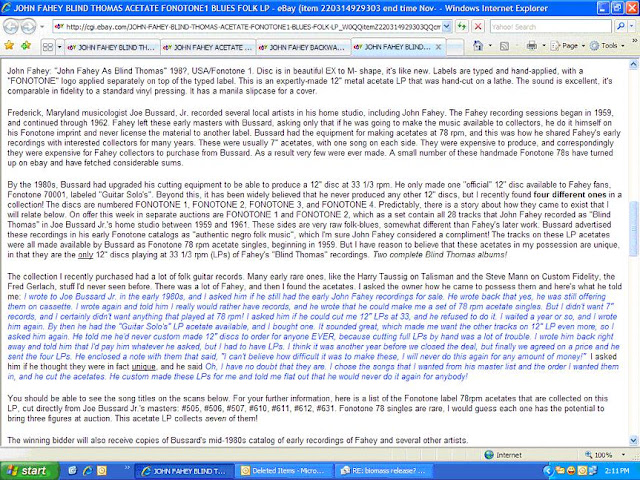 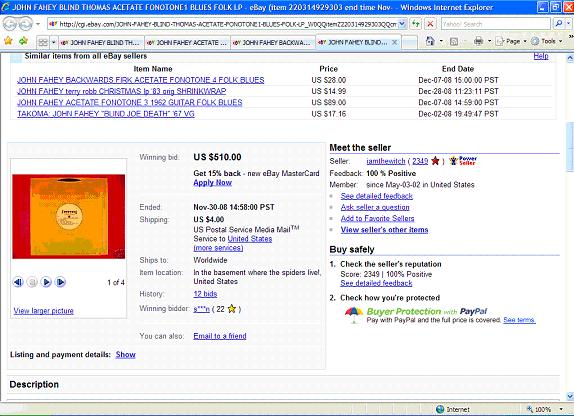 You know what else is ridiculously priced out there? The Best of Fahey TAB book. Currently there is a “glut” of them, eight, on Amazon so it is only fetching $85. …the Best of TAB book…well, let’s just say anything could happen here during Fahey Week.

BTW, what about those Fahey Tribute CD’s? If you haven’t checked them out, you should. The best thing I got from them was a whole new set of musicians that I didn’t know were out there. Guys like Sean Smith and Nick Schillace.

Find them HERE, HERE and HERE.

Speaking of Nick Schillace, this crazy guy wrote his graduate thesis, titled: "JOHN FAHEY AND AMERICAN PRIMITIVISM: THE PROCESS OF AMERICAN IDENTITY IN THE TWENTIETH CENTURY" about “modeling identity via Fahey”…er, right, you can read it for free HERE. I did!

Fahey wrote his UCLA master's thesis on the legendary Charley Patton, you can still get a reprint of that HERE. Lord only knows what an original might fetch.