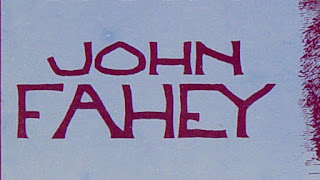 From a Memorex MRX3 Oxide cassette received in trade years ago, unknown generation.
There are cuts between the songs, second side of the cassette is blank.
So unfortunately, this is far from complete, but all I have from this show.

Quote from a review by Paul Nelson in "The Village Voice":

"Without a word, he picked up his guitar and played the first song.
It lasted 45 minutes and was quite remarkable, as was the rest of his three-hour concert"
Taken from:
Claudio Guerrieri "The John Fahey Handbook" Vol. 2  ISBN 978-0-9853028-1-8

In his book, Dance of Death: The Life of John Fahey, American Guitarist, author Steve Lowenthal cites a review of John Fahey’s performance at Hunter College in New York by the Village Voice’s Paul Nelson in 1975:

“His guitar-playing is a deliberate mixture of psychology, order, mythology, poetry, and genre–all very exact, with the meaning entirely between the lines. Part of our fine national school of minimal acting, glints of feeling shining through the stoic, awesome professionalism that is characteristic of the American hero, John Fahey seems to me to be the Clint Eastwood/Steve McQueen of the guitar. I’d hate to meet him in a dark alley. He didn’t even say goodbye.”