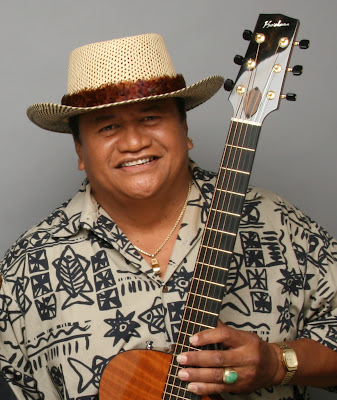 Swallow Hill claims to be the biggest, baddest Folk alliance west of the mighty Mississippi. Well that’s bound to attract Homeland Security but nonetheless, I believe it. I’ve been going to great shows there for years and they always bring in people that probably would never step foot in Colorado if it weren’t for Swallow Hill.

This weekend is the 4th annual Denver Ukefest, something I’ve never really paid much attention to, until this year. I’ve recently started listening to Hawaiian Slack Key guitar and lo! Ukefest brings in Led Kaapana! Ding ding! That’s a winner. Looking back through the previous fests it doesn’t appear that I missed any slack key guitarists in the past. So that’s cool.

Show started right on time, something you can always count on with Swallow Hill, with the opening act, The Ooks of Hazzard. The Ooks are a large ukulele group but only four members made the show. It started off well enough with a cover of Led Zeppelin’s Battle of Evermore (sans vocals) but with Lynyrd Skynyrd’s Tuesday’s Gone we entered the twilight zone. They went on to cover Radiohead and play an old blues standard and even played a little slide uke. While the crowd was appreciative and full of laughter at the inventive covers I couldn’t help but think that The Ooks of Hazzard were playing the fools.

Led Kaapana took the stage and said Aloha and the crowd gave him a hearty Aloha right back! He started off with ukulele himself. Kaapana took the more subtle fingerpicking approach to the instrument. No Pete Townshend wind milling here! I don’t claim to know squat about the Uke but I can say that I preferred the approach Kaapana took. Sweet songs embellished tastefully along tangents of the melody, some instrumentals and some vocals.
I came to see Kaapana play the guitar, and he didn’t disappoint. On the guitar Kaapana enjoys stretching the melodies with everything from jazzy runs to sliding the octaves that slack key tuning afford him, all over the neck. Kaapana inevitably slips right back into the melody effortlessly and smoothly.
Though I’m not a fan in particular of Hawaiian singing it plays out better in concert and I rather enjoyed it. Kaapana’s falsetto is rough but heartfelt and he has just a touch of growl that goes well with the guitar and surprisingly well with the ukulele. Kaapana also likes to tell a story or two between songs and as he is tuning including a story about how he had to practice tuning after being booted off stage for spending more time tuning than playing songs!