An Interview with Pat O'Connell

All week Delta-Slider will be running interviews with artists from the Imaginational Anthem Vol 4 release.  Today we are talking to Pat O'Connell.﻿﻿﻿
Considering the critical acclaim that this series has garnered, how do you feel about being included in this 4th volume?
It’s a thrill to be included on this. The comps are very well done. Actually, of the four, Vol. 4 is my favorite. Seems like there is more consistency between each track. In compilations, I prefer that to lots of variety. For example, on the previous comps, you go from 12-string guitar to banjo to lo-fi blues-to hi-fi jazz, long tracks, short ones, etc, etc. This volume sounds like 10 performances that are very aligned with each other.

Your compositions are very melodic. Do you think part of that comes from your background as a songwriter?
Yes. For me, the melody is the thing that really conjures an emotion. When I used to write rock songs, the melody always came first and was more critical than the lyrics.

You've said that you don’t play the dissonant sounds that are in vogue right now among many solo guitarists. What is it about that that doesn’t appeal to you?
I don’t think it is entirely because it doesn’t appeal to me. In fact, some of my favorite guitar music I listen to has plenty of dissonance. For example, John Fahey had that amazing ability to play something that is going along nice and pretty then he just slips in a blue note or a minor chord or something unexpected that is sort of twisted, but genius at the same time. I always try to achieve stuff like that but rarely succeed. I don’t know, when I start playing stuff that’s bluesy or discordant, it starts sounding to me like I’m playing outside of my skin or something. Like that’s not what I’m meant to do. It’s hard to explain.

You used to sing, why the transition to instrumental? Do you sing or perform any songs by some of your influences, for example the blues players?
Me? Sing blues? I don’t think so. Simply put, I just don’t have a very good singing voice. When I used to sing in a band, the hardest part was just trying to sing in tune. Recording vocal tracks was a nightmare for me. I kind of faked my way through it and actually managed to come up with some decent stuff once in a while. Believe me, nothing moves me like hearing a great vocal performance, but I guess I finally just decided that it wasn’t worth the effort. I don’t think that had anything to do with starting to play instrumental guitar though. It was just a nice coincidence that I started to get into finger picking. Suddenly I could satisfy my urges to compose, without the roadblocks of vocals and lyrics.

Looking in from the outside, I see a guy that went from a 90's rock band to a solo guitar instrumentalist. How did you get from A to B? Or was that part of your playing always there?
Like many others, it all started for me as a teenager with Rock and Roll and songs I heard on the radio. Then, as time passed I simply kept exploring, constantly checking out different music, of any genre really. Some stuck, some didn’t.
But when I found something I liked, I kept digging deeper, reading liner notes of albums and finding who influenced that artist then seeking out those influences and so on. Just soaking everything up like a sponge and developing my preferences. For example, you’re 16, just got your driver’s license, driving around and you hear a Tom Petty song on the radio and everything is great. Sounds familiar, right? Well, maybe you go to Kmart and buy a Tom Petty cassette and read in the liner notes how he was influenced by Bob Dylan. So you borrow a Dylan album from a friend, read the liner notes and he mentions Miles Davis or Leadbelly. You’ve never heard of either of these characters but the names sound cool so you wonder and keep searching, and on and on. This isn’t what happened with me but that’s the basic idea. Exploring. But to be more specific, you may recall there was this sudden buzz about Nick Drake maybe 10 or 15 years ago. So I checked him out and was quite blown away and bought the box set. His finger picking is incredible to me and it may have been what started me thinking about trying to focus on playing acoustic guitar. Once you start down that path it can keep you busy for a while. There are just countless artists to explore and the nice thing is it’s all relatively obscure. So when you discover something new you have that feeling like it’s your little secret.

I think you have mentioned to me that you like your solo guitar to be just that, solo. No overdubs, simple recording methods…can you comment on that?
When it comes to finger picking acoustic guitar, to me, it’s just by design a solo form. Adding other instruments just distracts from the intimacy. From a composing standpoint, I like the idea that with just one instrument, you are very restricted. There’s only so much you can do. So the challenge (and the art) is to play something that moves a listener within those constraints. I’ve messed around with drones and banjo harmonies, harmonicas and other stuff but they usually seem arbitrary. Don’t get me wrong I love duets and small combos. But with the type of picking that I do, which is basically like a version of Travis-picking, solo is the only way that works, for my ears.

Do you think you will ever go back to playing in a band? Or: Do you think your solo playing will ever be anything more than solo? In others words, do you see yourself going down the road that so many of the new solo guitarists have gone down: adding percussion: synth, or whatever?
I’m not very interested in adding percussion or synth for the reasons I mentioned in the previous question. As for other solo guitarists doing this, I haven’t heard an example of this yet that I’ve enjoyed. But hey I’m sure some folks dig it. So no, my solo playing will most likely be just me and a guitar. Will I go back to playing in a band? Absolutely. But I will most likely play bass guitar. That’s really what I’m more comfortable with. Been listening to a lot of 70’s funk and soul records lately. I’d like to find a band like that. Although Albuquerque is not exactly a hotbed for that sort of thing.

How does your rock background in rock affect your playing now? Or does it?
Most pop and rock & roll songs are 2:50, have a little hook and have verses and choruses. If you break down most of my songs you’ll find that they are structured the same way.

Who's the most famous person in your cell or email?
My Aunt. She’s famous for her tuna casserole.

If you could sit down and jam with any musician dead or alive. Who would it be?
Grant Green

How did you learn to play your style?
First, I just kept trying to learn how to play tunes off the records. Trying to copy tunes like Creole Belle, Freight Train, John Henry, Vastopol, stuff like that. Of course, nowadays, there are also so many instructional books and DVDs and tablature on the internet. I take advantage of those things as well. Anyway, as you become comfortable copying other people’s tunes it’s natural to start trying variations so you can play them your way. Then of course, you start trying to create your own tunes, but it’s really using all that stuff as a guide. I was finding that what I liked best was playing picking patterns as opposed to a looser more freestyle picking. I love when a pattern is developed then you just put slight variations in it to see what happens. Once you get it down, it doesn’t take a ton of dexterity, like for example playing a ragtime piece. It’s kind of easy, yet the hard part is arranging it into a good tune. Also, the open tunings are a big part of my style as well. Picking patterns work best for me in open tunings.

Is the 12 string guitar or a slide piece something we’ll ever hear from you? Or are you mainly interested in the 6 string?
I enjoy playing slide and I’ve recorded a few tunes. So yes, that’s a good possibility. 12-string however is a different story. I’ve dabbled, but I just can’t get used to it. Also, I tend to change tunings a lot and the thought of tuning a 12-string does not sound appealing.

How did your musical career start?
I only had a “career” in music for a few years back in the 90’s when I was with Number One Cup. It started when we signed our record deal and ended when we broke up.

In the arena of solo guitarists, who is an important player to you?
The most important must be John Fahey. He pretty much sums up everything I like about solo guitar.

How important is Ray Kane’s work to you?
Of the Slack Key players, he is probably my favorite. He leaves a lot of space between the notes and never tends to get too “sappy”, which some slack key guitarists are guilty of. Also, his tunes for me are easier to copy than other slack key players because they are relatively simple and there is such clarity in the picking. So I learned a lot from him.

It sounds like Hawaiian Slack Key style influences your compositions. Is that accurate?
Absolutely. I love that stuff. It is to Hawaii what country blues is to the rural south. Sort of a homegrown folk style that gets passed down to each generation. If you listen to it a lot and then learn some of the tunes yourself, it can easily seep into your own compositions.

Future projects we should know about?
I’m working on recording some traditional guitar tunes. Hopefully I’ll feel like assembling them and releasing something some day. 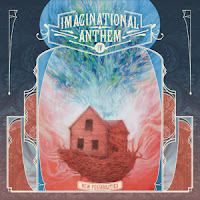 Leave a comment for your chance to win a copy of IA4 on CD.  I'll pick the best one on Friday. 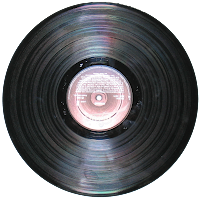 And don't forget that you can buy IA4 on vinyl, very limited edition and well priced.  Get it HERE
Probably much shinier than this old thing.