John Fahey - Your Past Comes Back to Haunt You 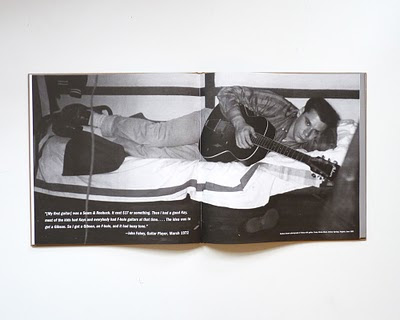 Ah, is there anything more beautiful than a boy and his guitar?  Maybe if I had slept with my guitar more I would be a fine player today.  Yes, I said "more" didn't I?  Well, who hasn't slept with their guitar, a little?  More previews HERE.

The Dust to Digital site is about ready to release this mammoth set of recordings on the world.  In case you aren't up with all the details, here's a bit of what it's all about.


More than 10 years in the making, this box set features the earliest recordings and the first book ever written about one of the most influential guitarists from the 1960s and ‘70s, John Fahey. The five CDs feature 115 tracks, most of which are available on CD for the first time. The audio was remastered from Joe Bussard’s reel-to-reel tapes to achieve pristine sound quality. As for the accompanying book, the list of scholars who contributed essays includes Eddie Dean, Claudio Guerrierri, Glenn Jones, Malcolm Kirton, Mike Stewart and John’s childhood friend R. Anthony Lee. Byron Coley contributed a poem about John, and Douglas Blazek’s 1967 interview with Fahey is published for the first time. Released 10 years after John Fahey’s death, this set puts one of the final puzzle pieces of Fahey’s career in place. Everyone can now hear where this guitar legend got his start – a smoky basement in Frederick, Maryland. Co-produced by Dean Blackwood of Revenant, Glenn Jones, and Lance Ledbetter of Dust-to-Digital, this set is released with the support of Joe Bussard and the John Fahey Estate. The set is dedicated to John’s mother, Jane C. Hayes and the late musician Jack Rose.


THIS SET IS AVAILABLE FOR PRE-ORDERS AND WILL SHIP BY OCTOBER 11, 2011 -- THE OFFICIAL RELEASE DATE. 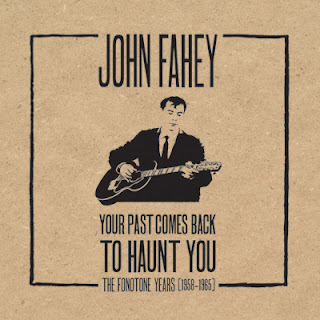 There's talk that there may be release parties with as many of the fine people that worked on this in attendance as possible, including Glenn Jones.  Keep you eyes open for those events, I'll try to post them if I hear about them.  Meanwhile, go buy this thing!