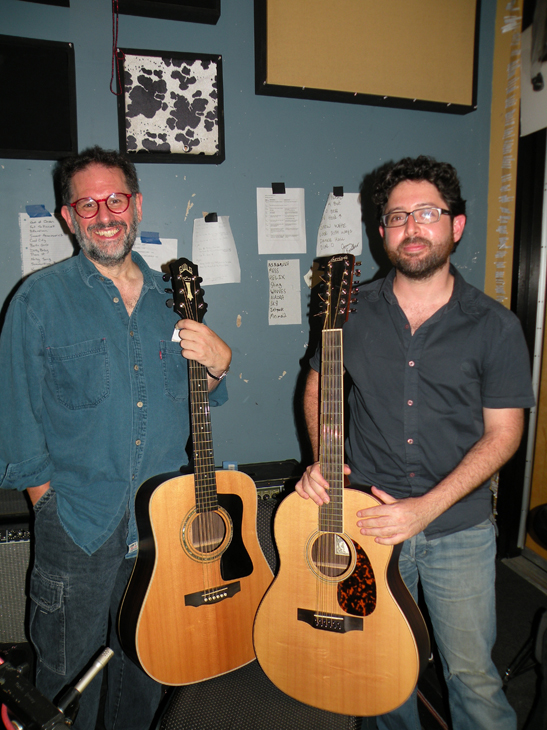 Click the link to listen to the show:  Playlist for Irene Trudel - September 5, 2011


Live performance and conversation with Glenn Jones and Yair Yona

For his latest album, "The Wanting," guitarist Glenn Jones recorded in a fourth floor apartment on Commonwealth Avenue, Allston, Massachusetts, a suburb of Boston, overlooking the commuter train line. If you listen carefully to the record, you can occasionally hear trains going by in the background. In addition to playing with the band Cul de Sac, this solo disc is Jones' first album for Thrill Jockey, overflowing with nods to the "American Primitive" guitar style popularized by John Fahey. Glenn is joined by Israeli-born fingerstyle guitarist Yair Yona. Starting out as a bassist, Yona played stints in several London bands including Human Beings, then discovered the music of Bert Jansch and followed that musical path. Yair has one album out, "Remember," recently reissued on Strange Attractors and puts out a fine musical blog called "Small Town Romance." Yair Yona was in the NYC area for a rare visit over the Labor Day weekend, and Irene recorded a live set and a lively conversation with the two of them.