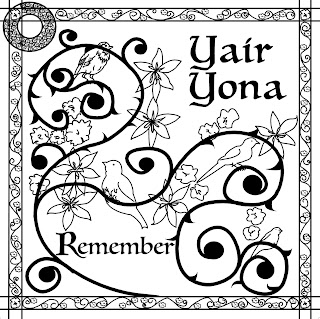 “Originally issued in 2009 on Anova, Remember received rave rumblings from the grassroots steel string blogs and fan sites, finding its way into the circle of steel-string heads. Reissued via our Resurrection Series…” So says the one page on Strange Attractors Audio House…I like to think I’m one of those blogs. I got in on the ground floor with this release, waaaaay back in the old days when Yona was actually giving this away. Know what? I bought it anyway. My post was a bit late and despite being captivated immediately by the music, I didn’t give it much of a review.

Time for a proper review. Not sure what the current releases include but the copy I received from the other side of the world has plenty of liner notes with tunings, inspiration and even a note on the composition where Yona dared declare to himself and the world that he is ‘only’ a guitar player (rather than a singer/songwriter).

The CD as a whole is impressive on many levels. It’s an incredibly strong work for a debut. All the compositions are original and Yona lays down a great mix of solo acoustic work (on 6 and 12 strings and slide too) and modern, multi-instrumental pieces. And as I mentioned the first time I posted about this…the production is really top-notch.

Remember is the opening tune and you might wonder for a moment if you really have a Takoma influenced work playing or…what? And then the Weissenborn kicks in. Nice piece with just a hint of synth.

Pharaoh is a slide tune that I liked the minute it started with a low, growling slide full of muscle. It quickly transforms into a brisk-paced piece that is going well just before the two minute mark. Suddenly it’s teetering on the ridiculous until he plays the perfect conclusion to that dangerously ridiculous phrase. Frankly I still remember the first time I heard the song and I thought, oh he’s done it now, no way out of this! But he makes it work so well and this is still a favorite of mine.

Russian Dance just grabs me right away with the rock solid thumb. A rather daring piece when it comes to cranky guys like me. You start throwing in too many instruments and drowning out the guitar and I’m probably done with you. However, Yona does it right on this one with accordion, banjo and mandolin all chiming in on this rollicking song. It works on every level for me, the mess of all the instruments vying for attention as the piece builds and the tight playing by Yona, especially coming out of the crescendo is perhaps one of the aspects that make this piece work so well.

Strange Attractors Audio House is also offering this tune as a free mp3: Brave Walls
Speaking of free goodies, I highly suggest you sign up for Yona's newsletters as they usually include some alt. mix, demo or work in progress.

In addition there are some bluesy tunes Broken Rockin’ Chair and Struggled So Hard (with some well placed electric guitar) with the occasional (and welcome) clack of the slide on the guitar.

We get a little more synth on Are You Smarter than a 35 Year Old TV Host? And then unabashed tributes to John Fahey on Floodgate Opens to Allow a Ship to Come Through (As it Carries the Passenger Fahey on It) and Jack Rose with Sympathy for the Jack.

The CD wraps with Skinny Fists, an ambitious, symphonic piece, and again one that dares me to turn it off.  But I didn't and I don't think you will either.  For one thing he places the piece correctly in the tracking. Pieces that veer outside the ‘feel’ of a CD can often ruin the listening, especially the first impression when most of us listen from beginning to end. An adventurous piece is often well placed as a closer. If your fans made it that far you’ve likely reeled them in for your experimental trip, turns out it’s the perfect conclusion piece. 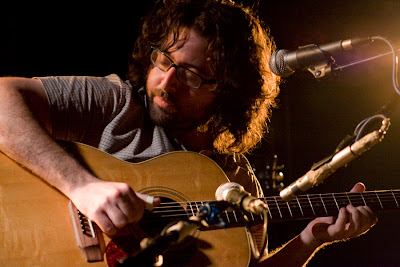 Keep in mind that SAAH is offering a limited pressing of vinyl as well for you old-timers/youngsters that are (re)starting your record collection. Still a CD guy like me? Cool, either way, buy it! He’s already working on the next release.