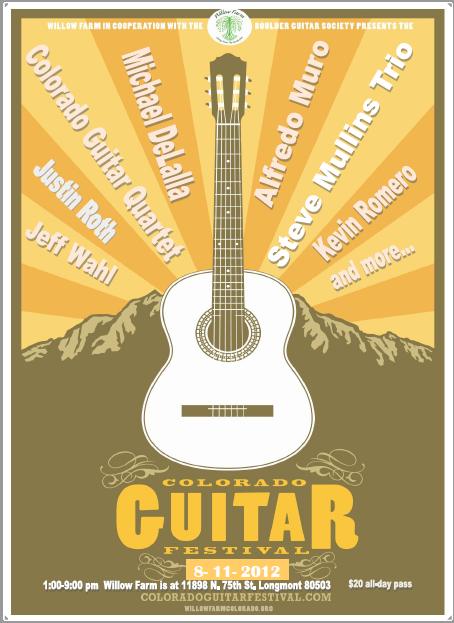 The 2nd Annual Colorado Guitar Festival
When: Aug. 11th 2012, from 1:00-9:00pm
Where: Willow Farm, 11898 N. 75th St. Longmont CO 80503, In the town of Hygiene (northeast of Boulder, just west of Longmont).
With performances by The Colorado Guitar Quartet, Alfredo Muro, The Steve Mullins Trio, Jeff Wahl, Michael DeLalla, Justin Roth, and more.
A variety of musical styles will be represented; classical, jazz, Brazilian, Spanish Flamenco, acoustic fingerstyle, etc.   The Boulder Guitar Society will be hosting an open stage for its members (and others) to open the event.  Guitar builders will be displaying their creations.  Food and beverages will be available on-site, with beer donated by Oskar Blues.  Proceeds will benefit the Willow Farm non-profit, and an upcoming medical trek to Nepal.
$20 day-pass, $16 for students/seniors, children 12 and under free.
For more information visit www.coloradoguitarfestival.com or www.willowfarmcolorado.org.

The Colorado Guitar Quartet features Benjamin Altman, Ben Cantu, James Cline and Kevin Garry—each holds a doctorate in music from esteemed universities and maintain active careers as recording artists, concert artists and educators. All four are accomplished soloists and chamber musicians: Mr. Altman has appeared as the featured soloist with the Macon Symphony in Georgia; Mr. Cantu has performed in the Bowdoin International Music Festival in Maine; Mr. Cline has been heard premiering new works on KVOD’s ‘Colorado Spotlight,’ and Mr. Garry has performed in the Colorado Music Festival. Recent and upcoming appearances for the recently formed Colorado Guitar Quartet include Rocky Mountain Center for Musical Arts, Universal Unitarian Concert Series, Sheridan College and Front Range College. Their virtuosic and delightful programs include works ranging from Bach to Bizet to Piazzolla. 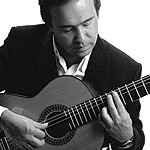 Alfredo Muro has been described as a Latin virtuoso, but his musical styles and tastes are far more versatile, ranging from standard classical repertoire to jazz. His forte is South American music in its many guises: folk, jazz, Brazilian, classical. Whatever the style, it’s the emotional content of his music that carries the day. Portland Guitar Society

Alfredo Muro has presented concerts in many venues throughout the United States. He had the privilege to be the featured artist at the Kennedy Center for the Millennium Concert Series in Washington D.C, at Benaroya Hall in Seattle and at The Smithsonian Museum.
In March of 2005, Alfredo Muro was selected for the Jack Rosenberg Memorial, Musician of the Month Award, by the Jazz Society of Oregon in their Jazzscene magazine. The Centinela Newspaper in Portland, Oregon, featured Mr. Muro as the “Hispanic of the Month”. The Hispanic Yellow Pages Directory introduced him as the “Pride of the Hispanic Community”. 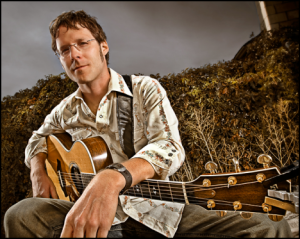 Justin Roth is a nationally touring singer/songwriter/acoustic guitarist, based in Fort Collins, CO, who combines an artful blend of hooks laid on a bed of brilliantly inventive guitar technique for a unique mix of acoustic indie folk.  Justin has toured with Red House recording artist John Gorka and has opened for some of the finest singer/songwriters on the acoustic music scene, including Shawn Colvin, Martin Sexton, Lucy Kaplansky, Darrell Scott, and David Wilcox.  Equally, his guitar playing has earned him shared stages with some of the greatest fingerstyle players of today, such as Tommy Emmanuel, Andy McKee, Billy McLaughlin, California Guitar Trio and Pat Donohue.  He has sold over 11,000 copies of his five independent CDs as well as being a core contributor to an instrumental solo guitar album produced for Target Stores, entitled Lifescapes - Solo Guitar, which has sold over 70,000 copies nationwide.  Justin's fan-funded new album, Now You Know, which he engineered, produced, played and sang every note himself in his bedroom studio, was released in May 2011.  It has since been voted as one of the Top 100 Folk Albums of 2011 by Roots Music Report. 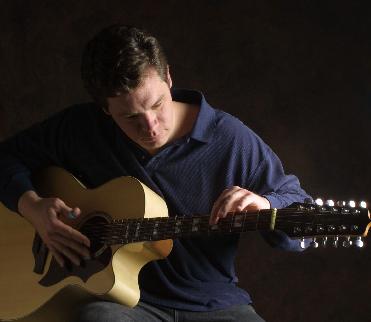 Jeff's music has been featured often on local and national public radio programs during the last several years. Upon release of his first CD, Guitarscapes in 1999, Jeff was named one of America's best undiscovered guitarists by Guitar 9 Record's online guitar magazine. 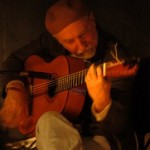 “Not only does Steve play classical guitar beautifully, he is also a master of a number of guitar styles. I have never met a guitarist who is as musically acute (he has an amazing “ear”). His flamenco playing could be said to be virtuosic, but this is not what motivates him. Rather he is a master of the expressive arts and guitar is his instrument.” (Brenda M. Romero, Associate Professor of Musicology, University of Colorado, 2011)

Steve Mullins has earned a bachelor’s degree in American Folk Music, a master’s in musicology, and a doctorate in ethnomusicology from the University of Colorado.   He has taught Latin America music, World Music, World Music Theories, and American Indian Music at CU, and currently teaches World Guitar at Front Range Community College.  His doctoral dissertation is entitled Flamenco Gestures: Musical Meaning in Motion 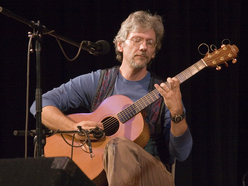 In a performing and recording career of more than two decades, guitarist and composer Michael DeLalla has brought to the forefront of acoustic music his delicious brew of traditional influences from around the world, steeped with his classical training and seasoned with his jazz, Celtic and folk stylings. Beginning in the '80s as the driving force behind Philo/Fretless recording artists Oxymora, the seminal group that Tom Cole of National Public Radio called "the cutting edge of New Acoustic Music", Michael has forged a distinguished and storied career on stage and studio from his fluency on classical, 12-string, and steel-string acoustic guitar and memorable performances that showcase gifted improvisation and dazzling technical facility that never sacrifices the richness and poignancy of his compositions.

Artist photos available on request and at www.coloradoguitarfestival.com