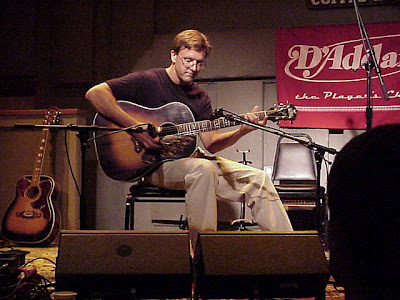 I have a nice little surprise for you today. Charlie Schmidt recently sent me a few tracks he wants to share with my readers.

You hard-core Fahey fans probably know of Schmidt's connections to John Fahey. How some of Schmidt's recordings appeared on Takoma/Fantasy Records 2004 release "The Best of John Fahey Vol.2: 1964-1983." Unfortunately Charlie Schmidt is no where to be found in the credits.

There is a good story about it at Chicago Reader.

The recording, Xanthe Terra on Strange Attractors Audio House is the recording mentioned in the article.
I've only recently returned to the world of guitar soli and this was an early find for me. I was still trying to figure out what was out there besides Fahey. Some of my favorites on this disc are Samba de Xanthe Terra, Athabasca Valles Blues, Kanaranzi Waltz, Slavic Mountain and Doggie Blues. 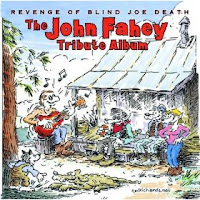 More recently Schmidt also makes an appearance as himself as well as Blind Joe Death himself in the Takoma/Fantasy Records Fahey tribute album "Revenge of Blind Joe Death". One I highly recommend as I found it to be a great jumping off point for discovering a lot of the artists I now follow regularly.

As for what we have here, it's called "When the Springtime Comes Again, Again" a rendering in five movements for steel-string guitar by John A. Fahey, arranged and performed by Charlie Schmidt, recorded December 2008. 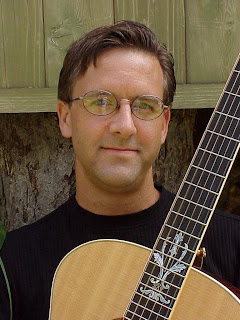 Here's what Schmidt has to say about this piece:

“When The Springtime Comes Again” first appeared on John Fahey’s Volume 2: Death Chants, Breakdowns, and Military Waltzes in 1963. It was rerecorded in 1967, then recorded yet again in 1993 by me at Fahey’s invitation. It is a masterpiece of musical economy and composition. Fahey expanded on the basic themes throughout his career, as with “Mark 1:15” on America, and on the Takoma sampler which came out I think in the late 60s. You will find elements in the tracks below from the various sources, plus a measure here and there of my own doing. Although I rearranged the sequences a bit, and took some liberties dividing it into smaller tracks (movements), I deliberately tried to emulate the Fahey sound because I think it sounds best that way. I remember learning it off vinyl in about 1978, and I still find it fresh and remarkable to this day. In any event, I hope you enjoy hearing it again, in its present form, titled “When The Springtime Comes Again, Again”. Tuning is Dropped D.

In addition he's included a bonus track called "Angels Landing." The additional track is a significant variation to "Night Train to Valhalla" he improvised a few weeks ago. Played in dropped D as well.

Folks, this is basically an EP, there's nearly 23 minutes of music here!