Will McCarthy - This is Music for Films 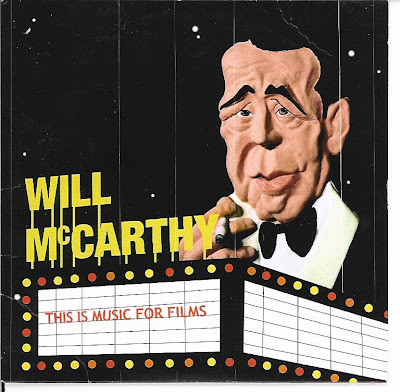 Will McCarthy has kindly sent me this 2008 release for the blog! It has been chosen to be used for the soundtrack of a DVD about "Forests of Spain". An instrumental release, Will works with a Spanish guitar throughout.

From the press release:

"This is Music for Films" is Will McCarthy's first soundtrack album. A self-taught musician, this Londoner of mixed descent has settled in Valencia, Spain. He's been playing and recording for 20 years and has explored all corners of Europe, East & West, North & South. He's picked up some musical influences along the way! The universal experiences of travel, work, love, heartbreak, faces and places have all played their part in the making of this album.

Here is an eclectic and distinctive collection of original compositions flavoured with folk, polkas, blues, Arabic, flamenco, funk touches and much more. It is catchy, happy, sad, reflective, mysterious, moving, irreverent and more.

It is the sound of a unique and diverse musician, more concerned with expression and feel than studied technique and endless takes. It's different and that's what makes it special. With just one guitar and one microphone, it is a naked collection of instrumentals...just for you. This is music for films. Enjoy it!
Track list
1-Irene
2-Temptation
3-Funk
4-Drops
5-Spain
6-Changes
7-Jazz
8-Con Man
9-Blues
10-Love
11-Darkness
12-Disappearance
13-Train
14-Uncle
15-Celt
16-Revenge
17-Berlin
18-Faces & Places
19-Sex
20-Joy
21-Chioces
22-Nightmare
23-The Hit
24-Arabic
25-Regret
26-Grace
27-On the Road
28-Goodbye
Download the entire CD HERE
Visit Will on MySpace

Email ThisBlogThis!Share to TwitterShare to FacebookShare to Pinterest
Labels: American Primitive, Will McCarthy