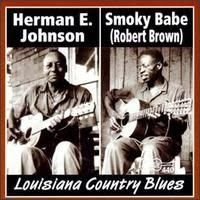 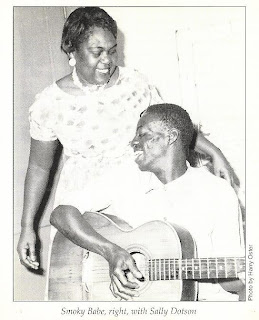 Smoky Babe (Robert Brown) was born in 1927 in Itta Bena, Mississippi, a farming area some fifty miles from Clarksdale, the country blues capital of the world. Despite his rough and poverty-stricken life, Smoky is full of high exuberance, a joy in life, which he expresses in his dance-provoking style. Although several of the blues on this record are sad in text, the overall
effect of his performing is a vivid communication of his basic philosophy, that even under the most squalid and depressing circumstances; life is very much worth living. 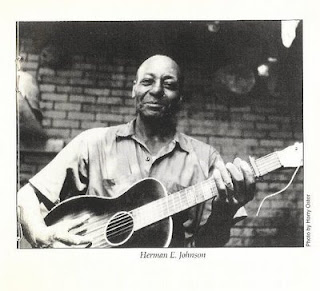 Speaking of his own experience, Herman E. Johnson of Scotlandville, Louisiana, summed up in eloquent words what had been the formative roots of most gifted blues singers.
“I had a good religious mother, a good religious father; they both was members of the Baptist Church. I have one brother an’ one sister, an’ they is members of the Baptist Church, an’ apparently I was the on’iest jack (maverick) of the family. I don’t belong to any church.
“So my life was just that way, to keep out of trouble, drink my little whiskey, an’ go an’ do little ugly things like that, but just in a cue-tee (quiet) way. An’ in 19 an’ 27 I taken up the habit of playin’ the guitar, an’ I imagine it must have been the good Lord give me the talent to compose things. 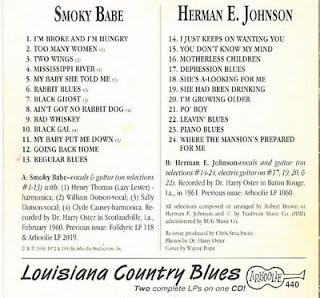 Text from liner notes.
Get the MP3 from Amazon